The Children's Book Council named James E. Ransome as one of seventy-five authors and illustrators everyone should know. Lesa Cline-Ransome is the author of several books for children including the award winning Satchel Paige and Major Taylor Champion Cyclist. more »

Rosalyn McMillan is the bestselling author of Knowing, Blue Collar Blues, One Better, The Flip Side of Sin, and This Side of Eternity. Book clubs, the serious and the “leisure” reader, the professional woman, the sister around the way, and the brother we all know but would never “suspect”; audiences and readers from the boroughs to Rodeo Drive and every socio-economical station in between have anxiously held their breath for the return of... more » 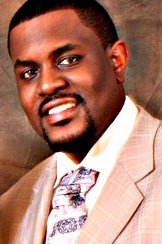 Rev. Michael W. Waters is the founder and Senior Pastor of Joy Tabernacle African Methodist Episcopal Church in Dallas, Texas. Named among the top young leaders in America by Ebony Magazine, Rev. Waters has appeared on such national broadcasts as The NBC Nightly News and ESPN Live. His contributions have been highlighted by The Houston Chronicle, CNN.com, The SMU Magazine, and The Associated Press. A regular contributor to the Dallas South News, Rev. Waters’... more »

Michael H. Cottman an award-winning journalist and author, is a Senior Correspondent for BlackAmericaWeb.com, a division of REACH Media/Radio One, the nation's largest black-owned media company. Cottman, a former reporter for The Washington Post, Newsday and The Miami Herald, is also a lecturer in the Department of Journalism at Howard University in Washington, D.C. Cottman also offers political commentary and news analysis for several national REACH/Radio One ... more »

Nicolle Pierce is the author of The Sacred Sermon, an Essence Magazine bestseller and is still in great demand. She recently completed her second novel Blackmail White Lies and scheduling book signings.

She is the founder of Pierce Publishing, which published her two novels and the CD, Publishing 101. Pierce, who’s also a motivational speaker, travels throughout the country spreading her inspirational message on how to achieve your dreams. She also shares her knowledge about how to self-publish a book. more »